With the world still being plagued by covid-19 and every aspect of life seeming to be uncertain, traveling for most people may be very far fetched. Of course it is the responsibility of everyone to protect themselves by mainly staying at home, but when extreme boredom and cabin-like fever takes a toll, the opportunity to take a short trip anywhere outside of the house is almost hard to pass up.

While flying right now may not be the preferred method of traveling, many folks are opting to take road trips to nearby cities instead. For us, living in the Southeast region of the US offers several charming towns and cities to visit whether for a long vacation or just a weekend getaway.

For our first adventure outside of the house once places started reopening, we wanted to go to a city that we had never been to before, but a city also within a short driving distance from where we live. A scan of Google Maps, directed us to Wilmington, NC and so that’s where we ended up.

Wilmington is a coastal city in the southeastern part of North Carolina that has been described as both vibrant and laid back. When we arrived in the city, it seemed pretty quiet but checking into our hotel at the downtown Courtyard Marriott revealed that many others may have also chosen Wilmington as their getaway spot that weekend.

Since we were only doing an overnight stay, we wasted no time with setting out to start our discovery of the city. With the hotel being located downtown and a very short distance from the riverfront, we quickly located the river walk to take an afternoon scroll. Although the river walk is one of the more popular attractions in Wilmington, on this day we almost seemed to have it all to ourselves. We suppose it was because a lot of the restaurants and tours along the way were still closed.

The end of the river walk (or maybe it was the starting point) brought us to Market Street where there were more people and activity. Obviously we had reached the city center. The first thing that caught our attention was the long line at the Kilwins ice cream shop. Of course we had to fall in line as well because who can say no to Kilwins ice cream. Just next door was also The Black Cat Shoppe, a boutique store filled with oddities and souvenirs. We thought it was a unique place to just stop in and glance around. As we continued to walk along the city streets popping in and out of the shops that were opened, hunger for real food began to set in. For this trip, we actually did not have any particular restaurants in mind, so we decided to pop into the closest restaurant from where we were at the time. Front Street Brewery turned out to be a good lunch option. Nothing fancy but the menu was plentiful. We just enjoyed dining out for the first time in months since being out of quarantine.

After leaving the restaurant, we exercised the calories away from our burgers and wings by taking a long walk to the edge of downtown to visit the 1898 Monument at Memorial Park. Usually when we visit a new city, we look forward to discovering places or activities pertaining to Black culture. The 1898 Monument commemorates the time in Wilmington’s history when elite White citizens overthrew the local government because Black members were elected. Several Black people in the city were killed by White mobsters as a result of the violence that erupted. The monument was sculpted as a reminder of the continued efforts to unify Wilmington. While visiting the memorial, we took a moment to read about the historical event that had occurred and to reflect on how it was relevant to the racial biases still being experienced today and the reasons for the worldwide protests that were even taking place in Wilmington at the time of our visit.

In half the day, it seemed that we had walked around the entire downtown Wilmington, so a nap was well needed upon our return to the hotel. Later in the evening we did manage to drive across town to dine at Cape Fear Seafood Company. The menu, although limited due to coronavirus, was full of great seafood dishes but we thought our meals were just okay. Nothing exciting to write about.

The next morning we walked down the street from the hotel to the local coffee shop that we had heard about called Bespoke. The expresso was really good and the service and atmosphere was pleasant. The coffee gave us energy to start our second day of more discovery and of course a trip to Wilmington cannot be completed without visiting one of the beaches. After checking out of the hotel in the afternoon, we drove to Wrightsville Beach to walk along the shore for a while. Wrightsville Beach is a very popular destination in Wilmington but what especially stood out to us was the green tinted water and the benches along the sand where you could sit and gaze out into the ocean. The beach was surprisingly not over crowded at all and we felt that social distancing was being practiced among the beach dwellers.

Leaving the beach, we stopped by Noni Bacca Winery for a delightful wine tasting. The owners of Noni Bacca make their wines onsite which makes this winery a gem, and we must say that most of the the wines we had were delicious. The owner Toni, along with her husband were very helpful in helping us select the wines for our tastings. There were so many choices. We did purchase a few bottles to bring back home.

Before leaving Wilmington, we made our way to the Black owned restaurant Nippy’s Soul Food to have lunch. Of course due to coronavirus and social distancing measures, the restaurant was not offering dine in service so we had to take our plates to go. The food smelled so good, we could not help but to sit in the restaurant’s parking lot and indulge in our hearty soul food meals. The yams and fried chicken were the most amazing, but collectively we did not care for the rice and gravy that came with each plate.

Our overnight trip to Wilmington was much needed and although very short, it was a great city to visit. Had we stayed longer, we would have spent more time on Wilmington’s beautiful beaches. If you are within driving distance to this city and need a weekend getaway in a pleasant southern coastal city , we definitely would recommend not overlooking Wilmington, North Carolina. 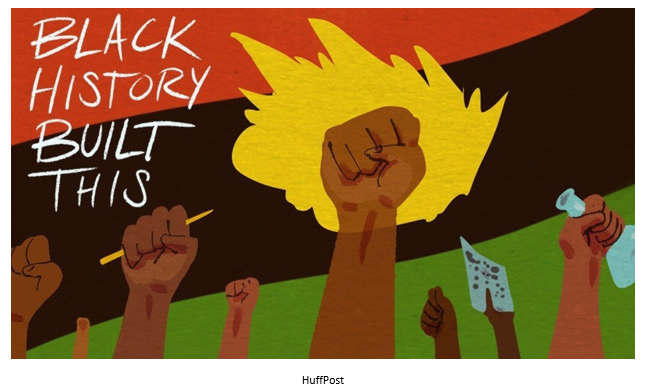